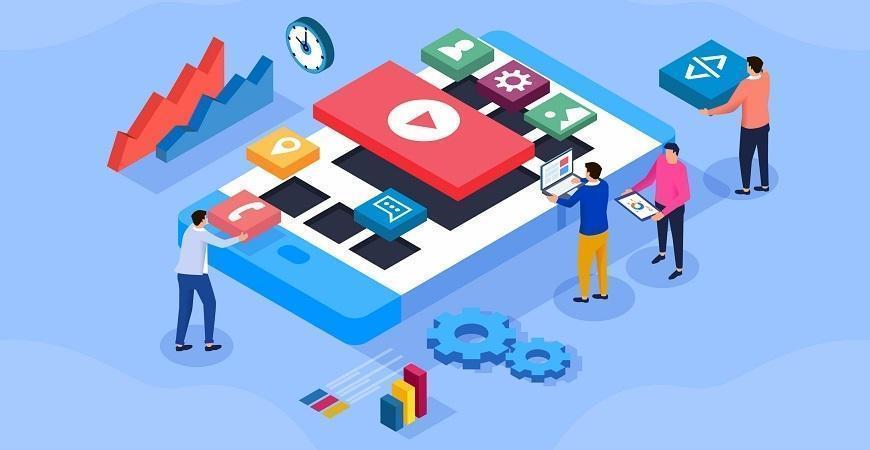 Is Low-Code the future of coding? If so, let’s find out why!

Low-code platforms have become increasingly popular over the past few years, allowing you to build software that works almost like an app. So, if you are still wondering whether or not low-code will be a future for coding, then the answer is yes! Then read on and find out why it could happen. You’ll find out what you can expect from low-code, how it can take your organization to the next level, and why it might make sense for your business.

What is Low Code?

Low code is an umbrella term that encompasses several different approaches to a simplified approach to software development. Some low-code platforms are aimed at IT stores with limited resources, and others target non-technical users who want to build apps without learning to code.

Low-code platforms use a visual interface and typically allow you to drag and drop blocks of application logic into place, and some also include automated testing features. Low-code development makes it easier for business users, not just developers, to create new applications without learning programming languages. Other low-code tools include rapid application development (RAD) and rapid prototyping platforms.

When designing a complex application, it might seem like low-code is only suitable for small projects, but switching to low-code can speed up your release schedule by weeks or even months if you’re working on a big project. By using pre-built objects and modules (instead of creating your own), development teams can build entire applications in days instead of weeks or months.

Plus, because low-code platforms are more user-friendly than traditional programming languages, developers spend less time coding and more time testing, which means they have fewer bugs to fix at launch. . Finally, as more companies adopt low-code platforms, more third-party developers will be available to help with larger projects. You won’t have to hire additional staff to manage new features or releases. A low-code developer will take care of your coding needs with minimal costs.

You no longer need a developer to create your app for each device or platform, and you no longer have to worry about the lack of uniformity across different versions. Whether you’re building a mobile app, web app, or desktop app with little code, you can quickly and easily build a solution and deploy it across multiple devices and platforms.

Uniform experiences mean less time maintaining multiple versions of code across many devices while reducing development costs. With low-code, consistency is key, whether you’re using iOS or macOS. Low-code helps ensure your users have a consistent experience across all the devices they use, which translates to higher customer satisfaction.

Businesses are always looking for ways to cut costs and maximize productivity. For many years, that meant hardware – shiny and new. However, the equipment is expensive, complicated and breaks down if not properly maintained. These days, more and more companies are turning to low-code platforms to streamline their technology stack without breaking bank accounts or requiring extensive IT support resources.

Consequently, this means less overhead and less hassle overall, which ultimately results in increased efficiency. These systems are easy to use; they don’t require a lot of technical know-how from end users or developers. Therefore, your business can use them quickly, spending minimal time training staff members or learning how everything works together. As long as you have access to reliable internet (which almost every business does), you can get started right away. The future looks bright for low-code!

Using low-code platforms allows you to make changes much faster than is possible with traditional coding languages. Therefore, as your business grows, your software can also grow without outsourcing the development work. Many low-code applications allow you to scale very quickly and easily. Plus, due to their simple nature, these apps are easier to learn and adapt for non-technical users, making it even easier for new hires to contribute.

Reliable low-code platforms facilitate access to artificial intelligence platforms. Thus, it facilitates the integration of IoT devices into existing systems, allowing businesses to leverage real-time data streams from devices such as smart sensors or cameras to improve efficiency and productivity. Thus, low-code offers versatility and scalability that many other programming languages ​​cannot match.

Although professional coders have been successful in building custom in-house apps for decades, there are now platforms that allow non-coders to build fully functional apps with a limited skill set. These tools allow business users and regular consumers to build apps without writing code or design skills. This type of application development is known as low-code or no-code application development.

Low-code development removes most of the coding from the process and allows anyone with little technical knowledge to build powerful apps in hours. With low-code tools, companies can increase their competitive advantage by creating new ways to interact with customers, streamlining internal processes, and developing more innovative solutions faster. It also allows non-developers (i.e. weak coders) to execute their ideas in a digital space.

While some might argue that building an app from scratch will always be cheaper, it’s important to remember that less code means less coding! If you need specific features or complex integrations, you may still need to hire developers for custom work.

Low-code can save you a lot of time and money by allowing you to quickly build apps that meet business needs, and it can even give you better analytics about your app usage. With low coding, small businesses can compete with larger ones for talent, creating more opportunities for entrepreneurs. If you’re looking to build an app but don’t have a large development team or a big budget, low-code might be what you need. Hiring a team of agile and collaborative developers will help you get started quickly. And that’s why low-code could exist for a long time!