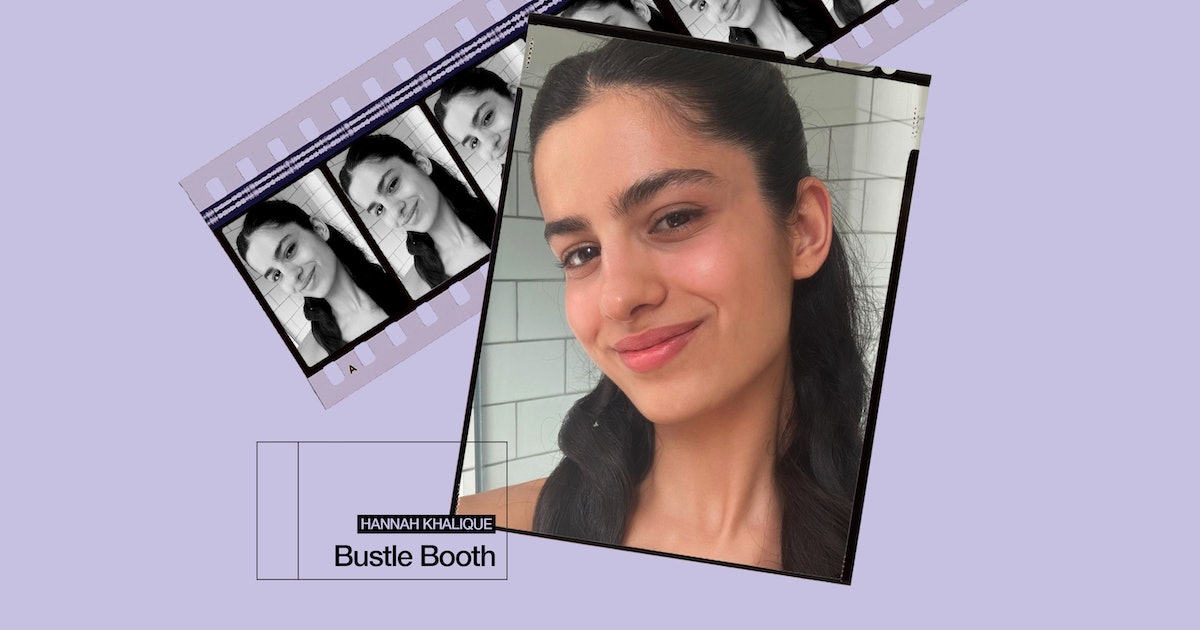 Hannah Khalique-Brown is a grafter. To prepare for her role as coding prodigy Saara Parvin in An undeclared war – Channel 4’s new dystopian drama in which she stars alongside Adrian Lester, Simon Pegg and Mark Rylance – she went the extra mile. “I decided to learn to code on my own,” she tells me via Zoom. “I learned two programming languages. [Saara is] a hacker, so she reverse-engineers, so I also took a reverse-engineering course.

Looking at the tense series now, it’s hard to imagine anyone other than Khalique-Brown as Parvin, but it wasn’t obvious. “I got the role, basically a year after my first audition. It was a long process. I knew I really wanted that one,” until she did, of course. Keeping a Distance emotional with the roles she auditioned for was crucial, she tells me. “Just because he’s so unlikely to go your way.” A humble confession, especially for a rising star. (Khalique-Brown found herself and an agent in her sophomore year at college and balanced her studies, auditions, and roles in Doctors and independent short film Muse.)

Coding has become a new passion, with unexpected benefits. “I never really understood how to deal with anxiety before. [I learnt to code]. Now, if I’m stressed or anxious, I just do some coding. You can kind of just forget about all your problems when you have a problem in front of you and you’re just trying to solve it,” she says. me. “It’s like all your issues are floating in this outer bubble, and you’re in this inner bubble. They’re still there, but they just don’t bother you.

Magic is another Khalique-Brown lifelong passion, especially when it comes to Derren Brown. “I don’t even know where to start”, she laughs, “I have tears in my eyes thinking about it!” Her love for her writing runs so deep that she wrote an essay on one of her books in college. “I’m a sucker for magic, I’m like a little kid. I love being baffled and bamboozled, but it really changed my life reading his work. It’s been such a source of camaraderie for me.

Learn more about Khalique-Brown in her Bustle Booth quiz below.

In the stand of the bustle

I still feel embarrassed to admit it but I don’t drink coffee… In fact, I’ve never had a cup of coffee. Already. I’ve tried sips of it and I think it tastes bad. So I eat tea. Gallons of English Breakfast Tea.

What weather locations are stored on your phone?

London, where I live. Birmingham, where I grew up. Newport, Cardiff and Bristol where we filmed The undeclared war. Reading, which must date from when I went to the Reading festival in 2015? ! And Paris, which I have visited several times and which I adore. But I haven’t taken a vacation in years. I would put it down to confinement but it’s actually because I’m too attached to my job.

“Here’s Looking at You, Kid” from casablanca, my dad’s favorite movie. Or “Get in loser, we’re going shopping” of the equally emblematic Bad girls.

What was your favorite cartoon when you were a kid?

The simpsons. My brother and I would slump on the couch at 6pm every day after school, turn on Channel 4 and watch it religiously while laughing at copious amounts of Wotsits. It was then.

What movie or TV show are you currently obsessed with?

I am currently watching stranger things 4! But honestly, I constantly watch movies and series. The only thing I seem to do with my time when I’m not working is looking at other people’s stuff. I managed to convince myself that this counts as “homework”.

Who is your idol celebrity?

I have too many actor idols to list them all, but musically that would be Lana Del Rey, whose music and writing has been a huge part of my life for about a decade. A little rough, but my celebrity idol is Derren Brown. I love this man and all his work and his writings. Trust me. Legend.

If you could be on a reality TV show, what would it be?

Come dance strictly. I think dancing is one of the happiest things in the world. I would really like to learn ballroom and Latin. I’m also a huge fan of the show – my mum and I watch it every year, so I’d really love to do it one day, if ever asked!

I was going to say Hi you! by Outkast because I did this with my friends on a camping trip once, but we got booed. So maybe not. Anything from Britney or my 2000s banger playlist.

What inspires you lately?

I just finished reading Man’s search for meaning by Viktor Frankl who was amazing. But my acting coach, Laurence Mitchell, and all my friends constantly inspire me endlessly.

What would you like people to say about you?

Above all, I hope that people will find me kind and caring.

Get the best of the hustle / UK