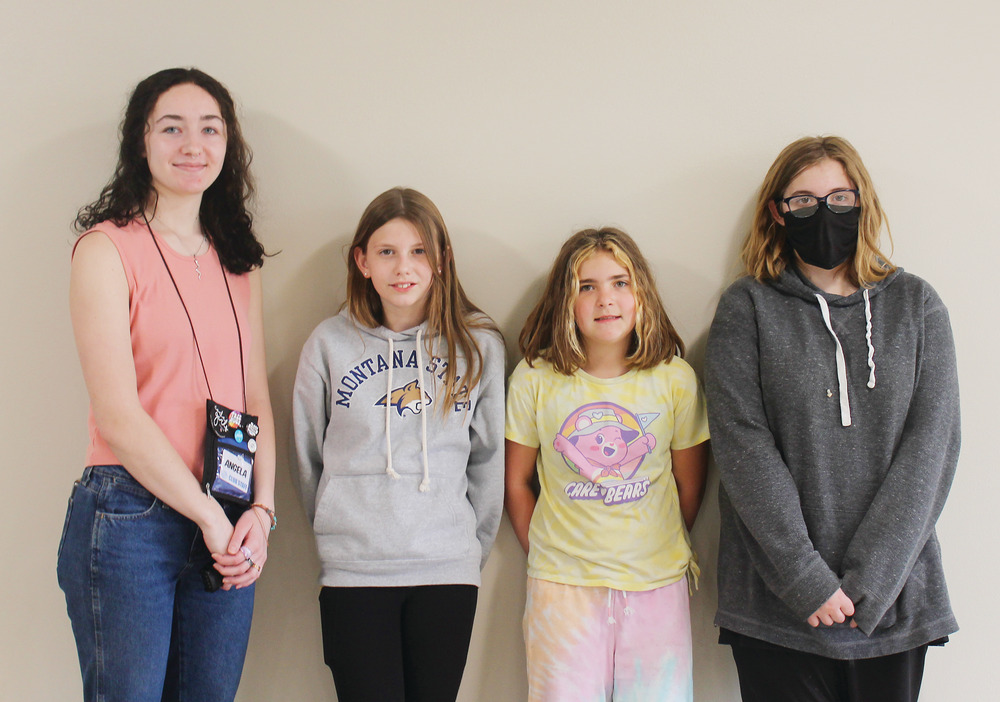 Chip Girlz, a group of Sunnyside Middle School students learning computer coding at the Boys & Girls Club of the Hi-Line, will participate in the online Code Girls United Northwest Regional App Challenge on Saturday, where they will showcase the app and the business plan they’ve been working on since the start of the school year to judges with teams from Billings, Joliet, Red Lodge and the Flathead area.

Hi-Line Boys and Girls Club Youth Development Assistant Angela Rhines has been working with Le Havre students since September last year, developing an app called Navigating the Havre Boys and Girls Club, which, as its name l ‘indicates, helps people who are unfamiliar with the club learn about it and what it is for students.

Rhines said the group got their name after they started bringing snacks to meetings and discovered that the students had a fondness for chips, which led to a bit of puns on their behalf.

She said the group’s app development was slow at first because none of the students had prior experience with coding, but things got easier over time and they had plenty of resources for them. to help.

“It was a bit difficult, sometimes slow, but they did their best and we had a lot of help,” she said.

She said the students used MIT App Inventor, a free platform to design phone apps, including visual layouts and code.

Rhines said the band also did some market research to inform the business side of their upcoming presentation and they all did a good job despite the initial difficulties the band faced.

“It’s been a lot of fun,” she said. “It was difficult, but the girls had a lot of fun, they are doing very well.”

Chip Girlz member Brylea Pearson was unavailable on the day of the interview.

During Saturday’s competition, students will present their application and business plan to the judges at 9 a.m. Three finalist teams will face off at 1:30 p.m. for prize money of up to $5,000 per team.

Montana First Lady Susan Gianforte will attend the event and, at 1 p.m., will speak about her personal story about why she decided to become an engineer.

Rhines said the group had done a lot of team-building exercises in the months since the group formed and they didn’t think the program would end after Saturday.

However, she said, the club hope to continue the coding program next year and also plan to work over the summer.

“We’re hoping to do this next year, it’s been a lot of fun,” she said.