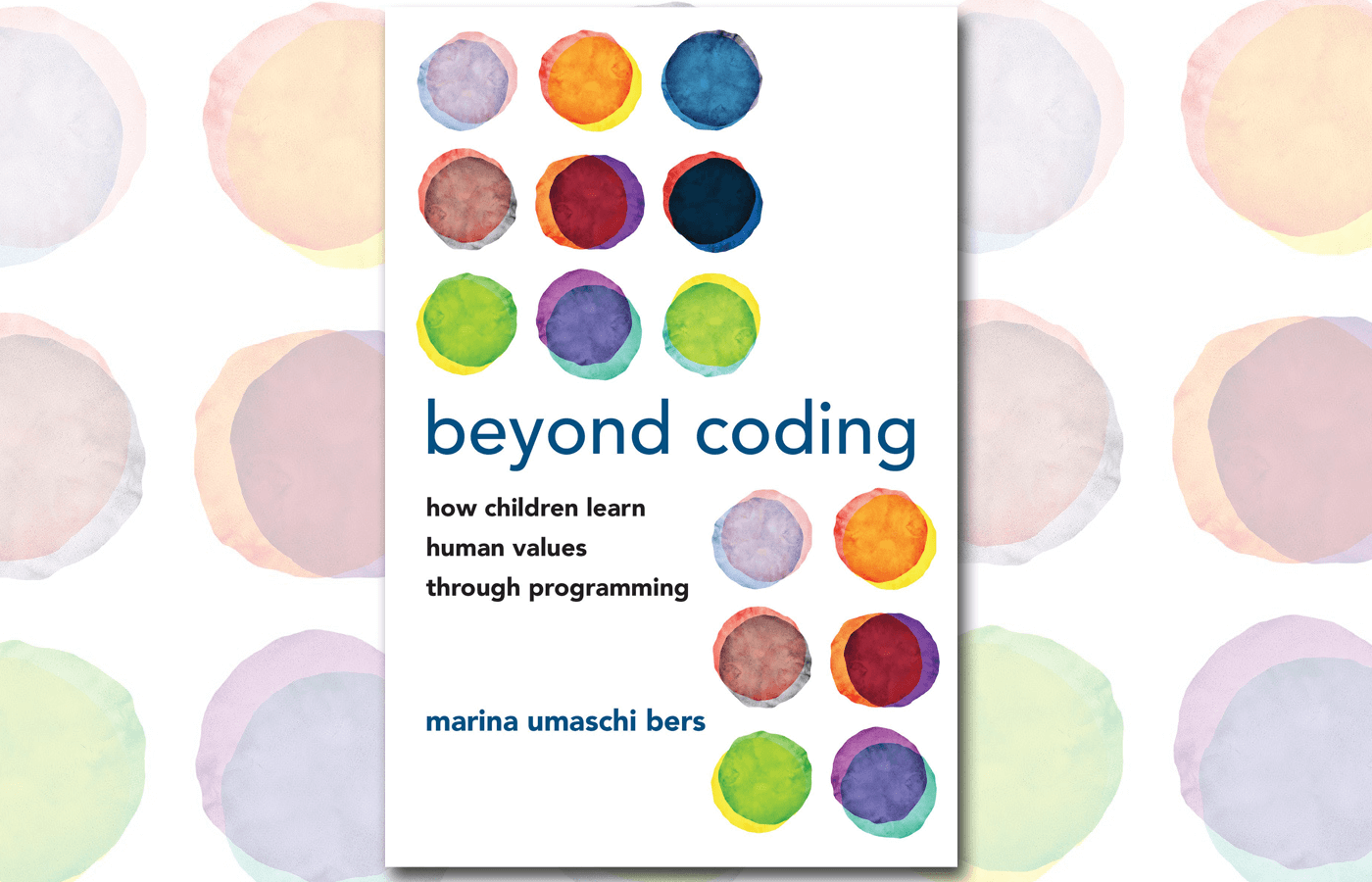 Can computer coding be used to teach values? This scholar thinks so

In the new book Beyond Coding: How Kids Learn Human Values ​​Through Coding, Tufts teacher Marina Umaschi Bers argues that schools can teach computer coding in a way that builds character as well as technical skills. Umaschi Bers, director of Tuft’s Interdisciplinary DevTech Research Group, wrote the book during the pandemic. She says the Covid-19 disruptions have been a stark reminder of how vital it is that technology is approached with respect for connection, community and generosity.

Hesse: Your new book tackles a topic that may surprise some readers, namely how children learn values ​​through computer coding. Can you explain what you have in mind?

Bers: Every time we engage in an activity, we are expressing our values. We do it knowingly or unknowingly. The coding business is no different. In the book, I suggest 10 different values, such as perseverance, curiosity, and generosity, which play into while learning to program projects that have personal meaning for the coder. I use the metaphor of a “virtue palette” to describe these values. The virtues palette, like the painter’s palette, is dynamic and can change depending on context and purpose. For example, by engaging children in a team coding environment, it invites them to be generous to each other by sharing technical knowledge and solving problems together, or when things in the code don’t work, it creates opportunities to learn to be patient and persevere. Learning to code, in which problem solving is at the center of the activity, offers a tremendous opportunity to explore moral and personal values, since there are not only cognitive dimensions, but also social and emotional ones. .

Hesse: How did you arrive at this central point of your work?

Bers: My doctoral thesis, in 2001 at the MIT Media Lab, already focused on how new technologies could help children explore and express their personal and moral values. I created Zora, a three-dimensional virtual city for children to design characters and then tell stories to those characters. These stories and interactions were guided by personal and moral values. Over time, I realized that it is not only through a specially designed technological environment, such as Zora, that we can explore values ​​in an intentional and purposeful way, but that we can also have this type of exploration more generally, through the activity of creation with and through technologies.

Hesse: In the book, you make a direct connection between programming and moral growth. Can you tell us a bit more about this link?

Bers: It all comes down to intentionality. What is the intention of a teacher who brings robotics to her kindergarten students? Is it just to teach technical skills so kids grow up to be engineers? Or is it also to engage them in developing social skills, positive attitudes and supporting their emotional growth? The coding “playground,” as I call this learning environment, offers wonderful opportunities for both. For example, children learn to invent new games and follow rules, resolve social conflicts, and keep trying when things don’t work. At the same time, it also engages children in computational thinking, problem solving, engineering, and programming.

Hesse: You’ve written before about the difference between thinking of creative “playgrounds” and limited “parks” when it comes to learning. In this book, you suggest that coding can be a dynamic playground. What do you mean?

Bers: Playgrounds invite imaginative play and require conflict resolution with little adult supervision. Unlike playgrounds, children’s parks convey a lack of freedom to experiment, a lack of autonomy to explore, a lack of creative opportunities, and a lack of risk-taking. Playpens are confined and limited spaces with few options for children to make their own choices. Although parks are safer, playgrounds provide endless opportunities for growth and learning. In the playground, the child learns about the social world by negotiating for their favorite toys in the sandbox, their own emotions as they struggle to keep up with others on the monkey bars, and the moral choices and consequences when he faces the dilemma of politely waiting their turn on the seesaw or cutting the line. In the playground, the child encounters the multiple dimensions of human development. However, she does it in a safe space, a place where she can make mistakes and try again. Programming languages, such as KIBO and ScratchJr, are coding playgrounds where children have the freedom to create projects to express their thoughts and communicate who they are and what they love. For example, they can create an interactive birthday card for mom or dad with ScratchJr or program a KIBO robot to dance salsa.

Hesse: You suggest that it’s helpful to think of coding as if students were learning a second language. What does this mean for the way we think about and teach computer skills?

Bers: I propose that learning computer programming provides children with an alternative form of literacy that is essential in the 21st century. However, my rationale for supporting the introduction of computer science and computational thinking from kindergarten is not the creation of the future workforce, but the creation of future citizens. Most people know that reading and writing are tools of interpretation and have the potential to be tools of power. Echoing the Brazilian educator Paulo Freire, literacy is a tool for critical understanding, for understanding the world and for active change. It’s the same with coding. Without understanding the fundamentals of what an algorithm is and how it works, people might not understand why and how certain data is displayed and become illiterate in the information age when much of what we consume is managed by algorithms.

Hesse: In 2019, you launched the Beyond STEM program, working with kindergarten teachers and school administrators in Boston and Buenos Aires. Can you tell us a bit more about this job and what lies ahead?

Bers: Through this project, we have brought KIBO robots, an age-appropriate robot that can be programmed with wooden blocks instead of screens, to kindergarten children and their teachers in religious and secular schools, in Buenos Aires and Boston. Together we explored questions such as how can we teach human values ​​through computer programming that represents both universal and particular perspectives? Can coding support character development? How does a robotics-based curriculum not only foster technological skills, but also help children become better citizens and human beings? Can coding serve as a bridge by offering another language to know others who are different from us? Teachers participating in robotics training came with varying levels of KIBO knowledge, but all left with technical skills and a range of virtues that enabled them to bring robotics lessons to their early childhood classrooms. Each school worked to create a story using KIBO robots that would highlight their school’s values ​​and shared the robots with other participating schools in their area and also with their international counterparts via a virtual portal. In the future, we hope to continue this work by providing more opportunities (face-to-face workshops and virtual interactions) for people from different cultures and ethnicities, religions and countries, and who speak different languages, d get to know each other by engaging in the shared and universal coding language.

Hesse: OK, last thought. If you had one piece of advice for educators and parents who want to help children engage with technology in a generous and moral way, what would it be?

Bers: My advice is to first look at your own palette of virtues and ask yourself these tough questions: Are your own values ​​exercised or displayed in your use of technology? Are you consistent in what you think is good and bad in your own behaviors? For most of us, the answer is usually “no”. For example, we care about family time, but our phone stays with us during meals. We value privacy, but we do forward emails. Our children are constantly watching us, so before we worry about them, we need to examine our own behaviors. Because we like it or not, we are role models. And we have to be intentional about the type of modeling we do.

The coding of minimally invasive endoscopic treatments is now available

Scientists are saving the planet by coding green